ALEX BRUMMER: Kwasi Kwarteng steps up for UK science – This is Money

Backing for UK science: It won’t be a great outcome if UK’s most inventive engineering and tech ends up, says ALEX BRUMMER

By Alex Brummer for the Daily Mail

Kwasi Kwarteng has a reputation as a passionate free market advocate. When it comes to preserving and encouraging UK-generated intellectual property, innovation and ingenuity he also shows a willingness to intervene.

His decision to send the proposed offer for graphene pioneer Perpetuus Group by mystery bidder Taurus International and Chinese-trained nanotechnology scientist Dr Zhongfu Zhou to the Competition and Markets Authority is a case in point.

Kwarteng is particularly alert to deals that require proper national security scrutiny, especially when a Beijing connection can be made. 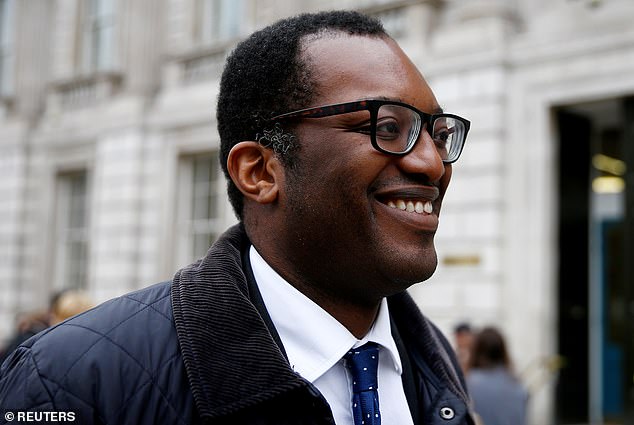 Questions: Kwasi Kwarteng has sent the proposed offer for graphene pioneer Perpetuus Group to the Competition and Markets Authority

Among his acts when taking over the business department was to scrap the Tories’ previous loosely drawn industrial strategy and replace it with a more focused approach to science and technology.

He is currently working on an enterprise strategy although given the short tenures of people at the Business, Energy & Industrial Strategy department one wonders if it will ever be delivered.

What cannot be doubted is Kwarteng’s enthusiasm for UK research and development and innovation. He often cites the public-private partnership of the UK’s vaccine taskforce in Covid as an example of what can be achieved.

The potential importance of graphene to Britain’s future was first recognised by former chancellor George Osborne a decade ago.

It resulted in the opening of the Government-backed £61million National Graphene Institute at the University of Manchester in 2015.

Too often great British science has failed to make the commercial grade. As Eric Ash, the recently deceased former Rector of Imperial College and a pioneer in optical fibre communications, told colleagues: ‘Patent or perish.’

Kwarteng appears to have some understanding of this. The bid for Ultra Electronics, maker of submarine detecting equipment, was batted away to the CMA rapidly.

The bidding war for Meggitt is more complex in that it involves a known trade buyer in Parker-Hannifin and a higher, more racy offer, from financially driven Transdigm.

Parker is falling over itself to make pledges about Meggitt’s UK future. Sir Nigel ‘Sell-off’ Rudd shouldn’t be over-surprised if this deal doesn’t get the hairdryer treatment too.

It makes a change to have a Secretary of State who doesn’t stand on the corner of Victoria Street shouting ‘gimme the money’ on the grounds that it shows that Britain is open to business. That won’t be a great outcome if our most inventive engineering and tech ends up overseas.

The belief of Goldman Sachs in the City looks undamaged.

Not only did it press ahead with a plush new UK headquarters post-Brexit, but it has chosen the London Stock Exchange to float an alternative investment arm Petershill.

The firm, expected to be valued in excess of £3.6billion, will offer private and institutional shareholders the opportunity to spread risk by buying into a company which itself has stakes (at present) in 19 different investment vehicles ranging from hedge funds to real estate and tech.

The idea of Goldman bearing gifts will likely raise eyebrows. But there should be re-assurance provided by a fully independent board headed by former Barclays finance director Naguib Kheraj.

He assures me that unlike private equity firm Bridgepoint, which recently floated in London, there will no upfront fat cattery (in the shape of sign-on fees).

Nor will there be hidden fat cattery, in the shape of audit compliant but unseen remuneration, as at Bridgepoint.

Investors buying into Petershill will effectively be backing Goldman asset management. The risk is that alternative investments have had such a good run in the era of quantitative easing that the best days of Petershill could be behind it.

As a simpler route into high performing private funds, often closed to investors, that could be a risk worth taking.

The sun is shining. Commuters are streaming back into town centres. Goldman is offering colleagues free luncheons at its roof garden.

And the City, the biggest contributor to Britain’s taxes and services economy, is finally emerging from its Covid chrysalis.

There could be no better start to Rosh Hashanah, the Jewish New Year, which began last night.

May there be sweet, healthy and enterprising times ahead.

Supermarkets: Fruit and veg at the entrance and no sweets at checkouts prompts healthier choices – Daily Mail