Energy crisis, labour shortages and supply chain issues hitting the UK – heres what were short of and the industries under threat – Sky News

From “cancelled” Christmas dinners to numerous energy suppliers collapsing and items missing from supermarket shelves, many industry experts claim Britain is in crisis.

The UK economy has been disrupted by several factors including labour shortages, new immigration rules and the lingering effects of the pandemic.

There is estimated to be a shortfall of around 100,000 lorry drivers, and soaring energy costs have also added to the cost of food production and logistics.

• What is Britain running low on?

The use of CO2 is critical in the food supply chain – particularly when it comes to packaging and meat production. It is also used to stun animals prior to slaughter.

So the closure of fertiliser plants is having a knock-on effect on the food industry.

Ranjit Singh Boparan, the owner of Bernard Matthews and 2 Sisters Food Group, said supply issues, as well as a shortage of workers, will affect the supply of turkeys for Christmas.

CO2 is also injected into the packaging of some perishable foods including meat and salads to prevent the growth of bacteria – and can prolong the shelf life of products such as beef for around five days.

Ian Wright, the chief executive of the Food and Drink Federation, said consumers could start noticing shortages in poultry, pork and bakery products in the coming days.

Warburtons, one of the UK’s biggest bread makers, announced a halt on its crumpet production at two out of four of its plants because they have run out of CO2.

Food grade CO2 is used for hundreds of products – so Britain is facing shortages of:

Retailers are warning of a potential shortage of Christmas trees and higher prices this year following the labour and supply chain difficulties – since around one tenth of the real Christmas trees sold in the UK are imported.

Post-Brexit regulations and a stretched labour market could lead to shortages and higher demand for locally grown trees.

Mark Rofe, who owns ChristmasTrees.co.uk, said: “We’ve spoken to our UK growers and they are all facing the same challenges.

“They are seeing an increase in demand for their product, especially from clients who would usually import their trees from Europe, but are keen to avoid any red tape that could increase costs or cause delays for what is of course a highly seasonal and time-sensitive business.”

The UK has been hit by a shortage of lorry drivers this summer, a crisis that has affected supermarkets, restaurants, and other retailers.

The shortfall has been triggered by an exodus of foreign nationals, post-Brexit immigration rules, and self-isolation requirements.

McDonald’s, KFC, Greggs, Subway and Nando’s are among food retailers impacted by the truck driver shortages.

In August, McDonald’s was forced to pull milkshakes and bottled drinks from its menu due to supply chain issues, while Greggs said some products containing chicken were missing from its shelves.

The UK’s biggest dairy supplier, Arla, said that up to a quarter of supermarket milk deliveries were unable to get through due to a shortage of lorry drivers.

And the UK’s biggest supermarket chains including Tesco, Sainsbury’s, Morrisons, Co-op and Iceland Foods have all been affected by supply chain shortages due to disruptions to deliveries – with Tesco urging people not to panic buy. 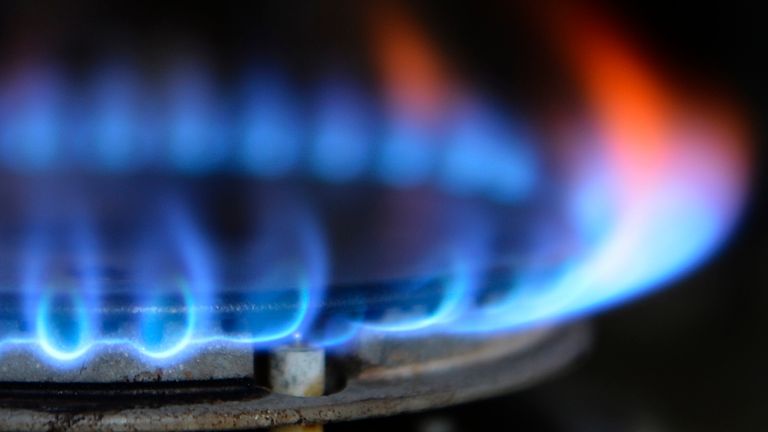 Energy ‘worst-case scenario’ being planned for by government

Such difficulties are bleeding across into other sectors, including the pet food industry.

Major supermarkets including Sainsbury’s and Tesco reported widespread shortages of pet food back in March due to unanticipated high demand – with supply issues affecting wet food pouches for dogs and cats the most.

There are now concerns that UK pet food shortages could worsen into winter as empty shelves in supermarkets become more noticeable.

Halfords, the UK’s largest cycling retailer, said bike sales were down by almost 23% in the 20 weeks to 20 August compared to the same period last year.

It blamed supply chain disruption from imports to the shortage of lorry drivers, and Britain’s bike shops are still struggling to keep up with demand.

Production was disrupted also as Asian factories temporarily closed due to COVID-19, which affected distribution, resulting in a reduced supply and increased demand.

Wetherspoons said on 1 September that it was having problems with the supply of Carling and Coors beers and that it was the knock-on effect from industrial action by drivers acting on behalf of another brewer. Molson Coors, which makes the brands, also cited the HGV driver shortage.

Ivan Menezes, chief executive of the Johnnie Walker-to-Guinness drinks giant, told Sky News that supply chains had become “more challenging… particularly on logistics and shipping around the world and on procuring some of our packaging materials” but that he expected to be able to fulfil global demand.

In a headache for automakers, widespread closures of magnesium smelters in top producer China are due to a clampdown on emissions and shortages of energy, propelling prices of the metal to their highest since 2008.

Magnesium, which is also widely used in the aerospace industry, is needed to make aluminium alloys for the auto sector, which is already reeling from chip shortages.

The White House is set to discuss ways to overcome a semiconductor chip supply crisis that is cutting auto production around the world in a new round of meetings with major companies.

Many components come from supply chains in Asia, and due to closures in China during the COVID-19 pandemic, the shortages have continued to impact manufacturers around the world.

Dwindling supplies have resulted in surging prices as demand for electronic components rises.

The lack of lorry drivers and high construction vacancies continues to impact the supply of construction materials – which has left the construction sector on its knees.

A shortage of key building materials such as roof tiles, cement and timber has impacted the industry for months, with prices climbing across several materials.

Amid the dwindling supplies, prices could climb higher in the short term, with data from the Office for National Statistics (ONS) showing the cost of materials rose by 20% between July 2020 and July 2021.

• What caused the crisis?

As well as the labour shortages, new immigration rules and the lingering effects of the pandemic, soaring wholesale European natural gas prices also sent shockwaves through energy, chemicals and steel producers, and strained supply chains which were already creaking due to a shortage of labour and the tumult of Brexit.

Wholesale prices for gas have increased 250% since the start of the year, and there has been a 70% rise since August.

After gas prices triggered a carbon dioxide shortage, the government extended an emergency state support to avert a shortage of poultry and meat.

There are fears that more could follow, with Bulb and Igloo reportedly on the brink of collapse. There are now some 40 suppliers in the UK market, sharply down from a peak of 70 in 2018.

• Why are there shortages?

The hike in gas prices has threatened to cause havoc on the food supply chain – which has led to warnings that shop shelves could be left bare in the coming weeks.

Some factories were forced to close down, stopping carbon dioxide production – which has critical uses in the meat production industry and in food packaging.

The government has said it has now struck a deal to avoid shortages in CO2.

Covid boosters: Who needs them and how do they help? – BBC News

Traditional VCs turn to emerging managers for deal flow and, in some cases, new partners