FP1 has a range extender powertrain with separate Yasa P400 electric motors for the front and rear axles, plus a small on-board changing engine — currently an 800cc Smart turbodiesel but others are under consideration — to replenish its relatively small and light 20kWh battery bank. Under ideal conditions FP1’s top speed should be around 80mph (with 60mph as a comfortable cruise) while battery-only range should be about 50 miles. 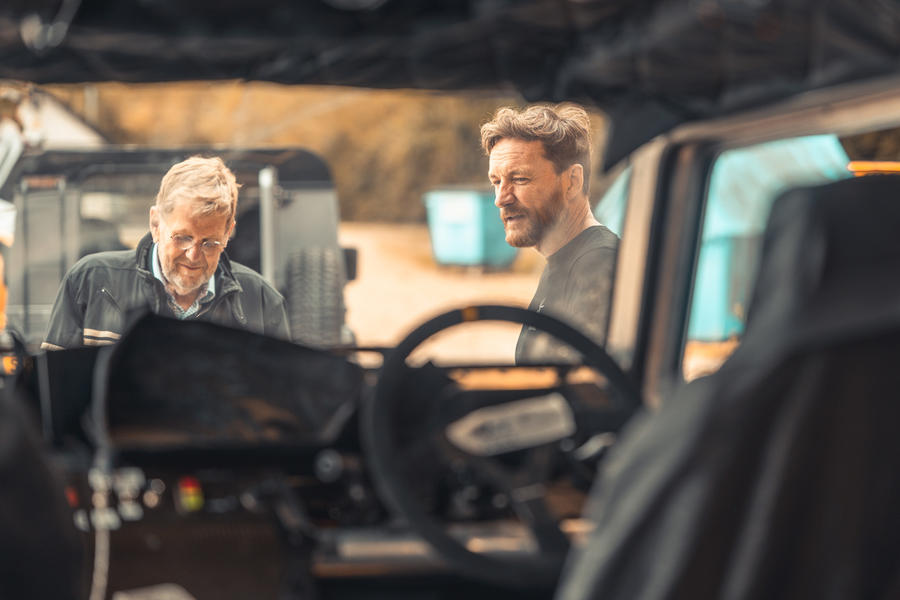 This range extender formula is simple and saves weight, Scott-Geddes explains, allowing the vehicle to have relatively small differentials and brakes, and removing any need for a gearbox. It can carry up to two tonnes, its ground clearance of 800mm is around three times that of a Land Rover Defender, and its 1400mm wading depth beats the Landie by 60%. Even so, it weighs considerably less than the Land Rover (1.5 tonnes) when ready to go; the Fering team’s lessons in supercar lightweighing have not been lost.

When penetrating remote regions FP1 will be able to carry enough fuel for over 4000 miles of range. “Up to now,” says Scott-Geddes, “you’ve had to fly fuel to remote regions if you want to operate vehicles there. We can help change that — and do it with minimum harm to the environment.”

In the most arduous off-road conditions an FP1 may need to pause on a journey to power up its twin banks of  ultra-durable titanium lithium oxide batteries before it tackles difficult obstacles, but engineers say owners will soon get the hang of that. These particular batteries were chosen, they explain, because though they’re around 15% less efficient than lithium ion, they work better in cold conditions and are fire resistant. FP1 bristles with other practical design features such as an outer skin formed in durable and highly flexible “Gortex-like” fabric — no panels to repair — and it has a spartan “Chinook” interior both amazingly spacious and highly flexible in configuration.  “Customers will tell us what they want,” says Scott-Geddes. “It’s that kind of vehicle.