Boris Johnson has suggested key workers such as medics and carers will not get priority to refuel at petrol stations as the situation was now “stabilising”.

When asked if any such plan was being considered, the prime minister said: “I understand people saying that, but with the situation now stabilising, with things getting better on the forecourt, the best thing is that… we stabilise it in the normal way.”

Following days of chaos, with long queues for petrol and stations running dry, Mr Johnson said he understood the frustration felt by drivers as they struggled to fill up.

However, he said the indications from the fuel industry were that the situation was beginning to improve with supplies returning to normal levels.

“On the forecourts the situation is stabilising and people should be confident and just go about their business in the normal way,” he said. 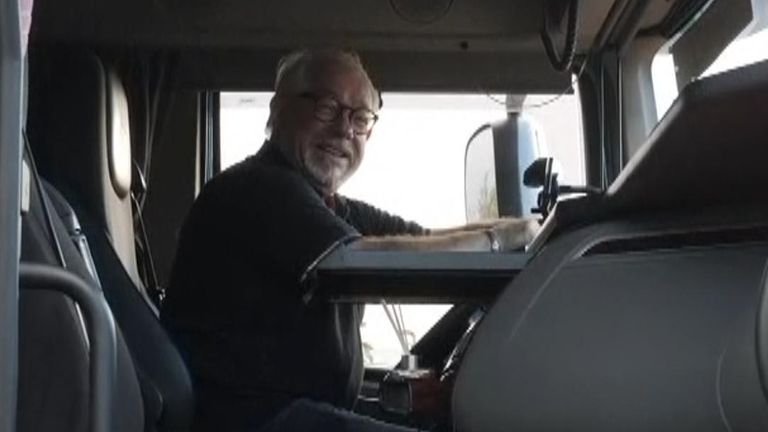 Day in the life of a continental lorry driver

“What we want to do is that we make sure we have all the preparations necessary to get through Christmas and beyond, not just supplying the petrol stations but all parts of our supply chain.”

Despite this, motorists are still facing long queues at filling stations, with fights reportedly breaking out on some forecourts as petrol pumps run dry and limits on sales are imposed.

The prime minister suggested the panic buying was sparked by a “misleading account” in a leak.

“I think that what happened with the petrol pump business is that unfortunately there was a slightly misleading account of something which got leaked and caused a totally understandable surge in demand.”

Army tanker drivers have been put on a state of readiness should they be needed to ease the chaos on fuel supply chains.

Earlier, industry members said there were “early signs” the crisis is coming to an end.

Esso said the situation at 200 sites it operates which include a Tesco Express shop, had “stabilised” and things appeared to be “improving in terms of fuel availability”.

And the Petrol Retailers’ Association said an increasing number of its members are now “reporting taking further deliveries of fuel”. 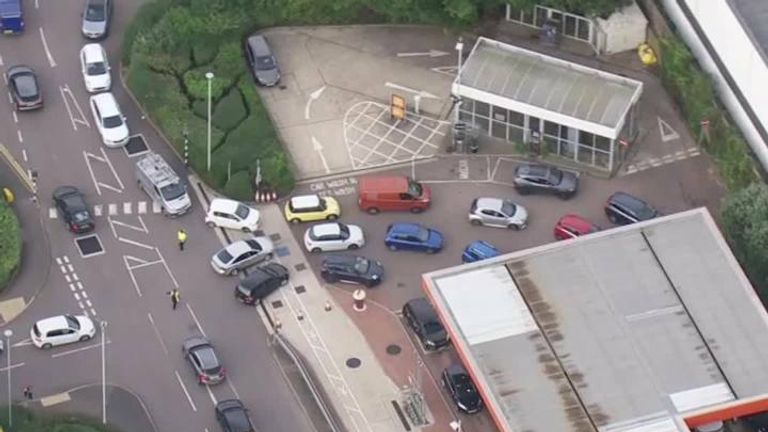 Cars jam up roads to the pumps

It added: “We have conducted a survey of our members this morning and only 37% of forecourts have reported being out of fuel today.

“With regular restocks taking place, this percentage is likely to improve further over the next 24 hours.

“There are early signs that the crisis at pumps is ending.”

However, Sir Keir Starmer accused the government of reducing the country to “chaos” through its failure to deal with the fuel crisis.

The Labour leader said the haulage industry was “beyond frustrated” at the lack of a clear plan by ministers to alleviate the problems caused by the shortage of tanker drivers.

“The government has reduced the country to chaos as we track from crisis to crisis. The government is not gripping this,” he said.

“This problem was predictable and predicted and the government has absolutely failed to plan.”

Why are shares in THG tanking and what are the company’s plans? – The Guardian