They’re also still cracking to drive, if this one is anything to go by. The engine starts on the turn of the key, and if you’re used to the histrionics of new cars and their start-up blam, this has more of the McLaren F1 about it, just softly starting to a sensible idle. And that’s not the only F1-esque thing about it. It has a precise gearshift, with the added value of a clacky open gate, plus a decently supple ride. Visibility is good, the steering is light-medium weighted and quick, with plenty of self-centring, and, although the car is just over 1900mm wide, it doesn’t feel too big on narrow roads (maybe because you can see out of it so well).

The V8 is lovely. It never yells at you; it just builds power linearly and smoothly until it gets to 8000rpm, when it sounds great, which equates to above 60mph in second gear. It only makes 317lb ft and that doesn’t arrive until 4500rpm, but the unit is so smooth and unshouty that you can hang on to a lower gear easily between bends or when lining up an overtake. There’s a nice amount of oomph to work with – the right amount for a car of the R8’s demeanour.

It’s a very cool thing and, although it doesn’t bear the badge of one of the exotic supercar brands, it still feels like it was made with engineering integrity.

It’s too early for GR Yarises to show if they have any dark sides to living with them, beyond the fact that they want servicing every 6000 miles and a fluid and brake check at half that, which for most owners will probably equate to a six-month brief look-over and an annual service.

It’s a mark of how the car business has moved on in the past decade and a half that this hot hatch, even though it’s a special one, feels as quick and capable as a supercar that cost twice the price new. This is probably more capable, in truth.

The GR Yaris rides well enough. This Circuit Pack car isn’t dissimilar to the R8 with its dampers in their firmer setting (a non-Circuit Pack car is more like the R8 in standard mode), and it too has a precise gearshift (albeit a less satisfying one than the Audi’s) and accurate steering. 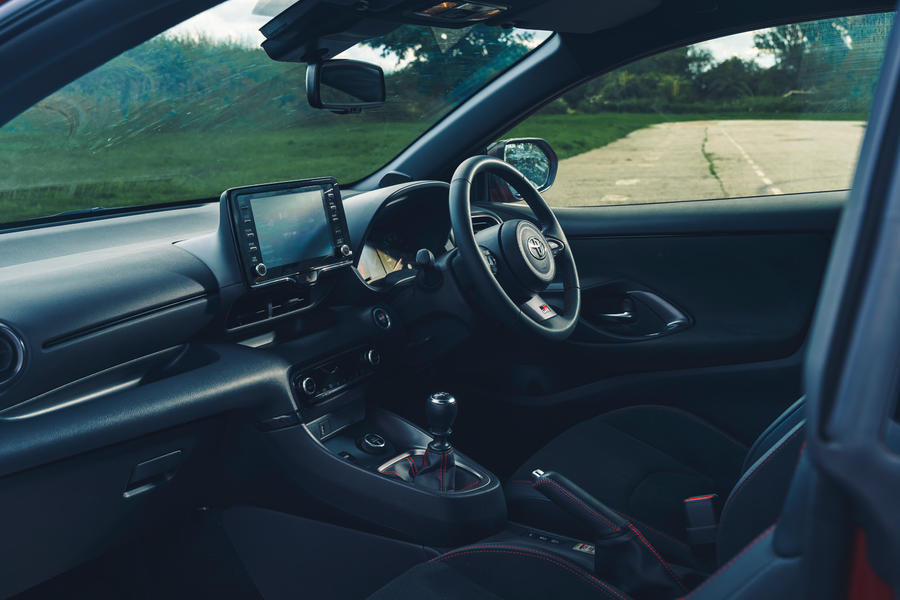