The class of supermini-based small crossovers can be a frustrating one. Early efforts in particular were very similar to the hatchbacks they were derived from, thus emphasising that they offered a driving experience that was just slightly less rounded. When it launched in 2017, the Seat Arona was the first to show that B-segment SUVs could have some decent driving dynamics, as well as tick the important practicality, economy and budget boxes.

Since then, the class hasn’t stood still. The Ford Puma has redefined what a sporty crossover can be, and cars like the current Vauxhall Mokka and Peugeot 2008 feel far less like a tall Corsa or 208 than their predecessors. Can a facelift keep the Arona competitive?

On the outside, the changes seem limited. The new separate round driving lights are reminiscent of that quasi-SUV pioneer, the Skoda Yeti. All versions get LED headlights now, down to the entry-level trims. Fundamentally, it still looks like a tall Ibiza, though.

It’s inside where you’ll find the biggest changes. Like the Ibiza, the Arona suffered from quite an austere interior with a lot of scratchy plastics. That’s gone now, with a much swoopier dashboard featuring light-up air vents in place of the old more rectilinear slab. The infotainment screen, which gets Seat’s latest system as well as wireless Apple CarPlay and Android Auto, has moved up to be more directly in the driver’s line of sight and higher trim levels get a wireless charging pad. Seat has also expanded the active safety features available on the Arona.

The engine line-up stays largely the same. The diesel had been axed earlier, leaving two versions of the 1.0-litre TSI, with 94 or 108bhp, and a 148bhp 1.5-litre four cylinder. The 94bhp unit comes only with a 5-speed manual, the middle engine gets either a six-speed manual or a seven-speed DSG, while the four-cylinder is automatic-only. 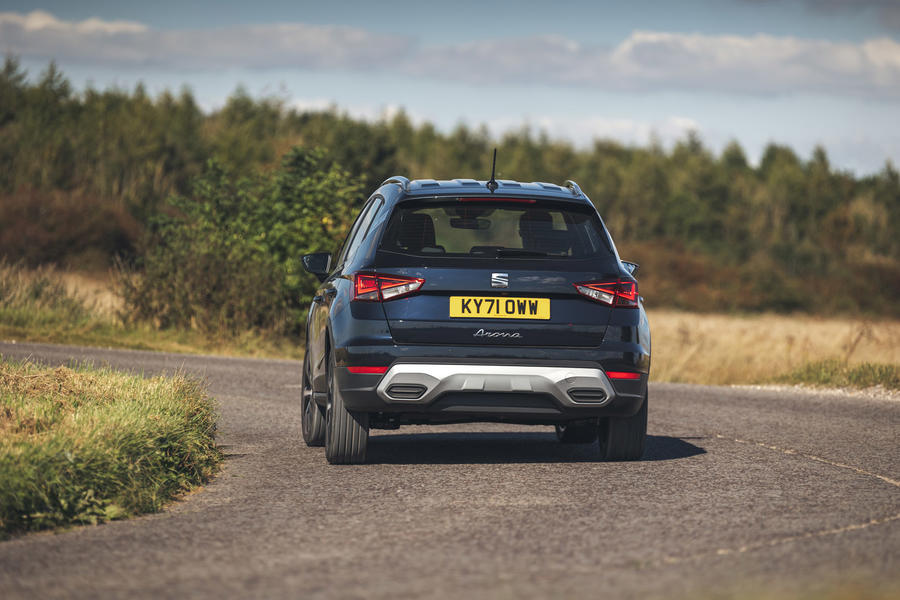 Facelifts rarely bring any fundamental changes, so the Arona still feels essentially like a taller Ibiza. It means some rivals feel a little more upmarket, but then they’re also bigger, and you can’t argue with small cars remaining small and easy to thread down narrow city streets and country lanes.

As in the Ibiza, the interior revamp has worked wonders for the perceived quality. You’ll still find some coarse materials – that’s par for the course in this class, but it looks and feels modern, and the other fundamentals are still sound, with a comfortable driving position, plenty of space and mostly sound ergonomics.