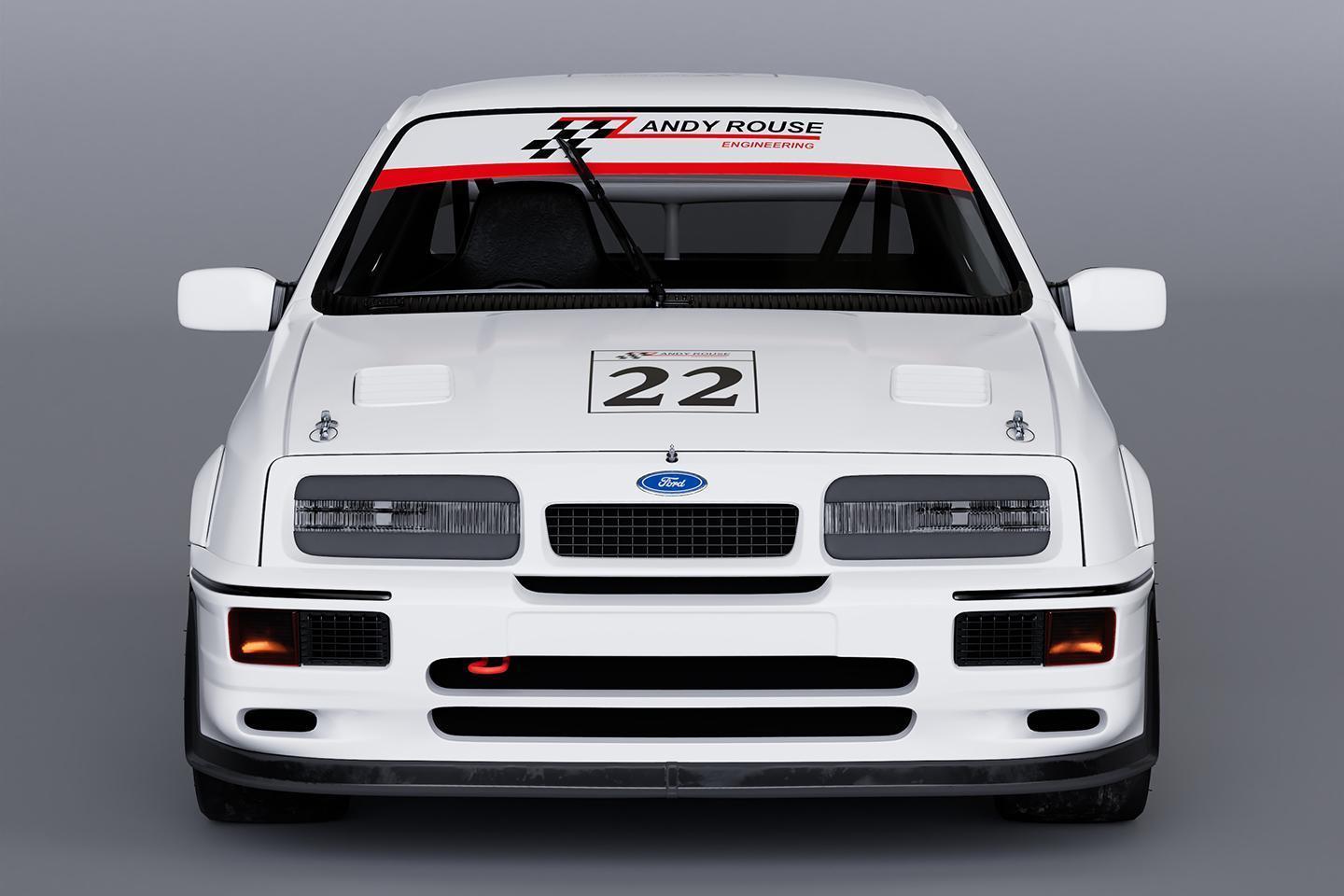 New-old recreations aren’t, well, new. We’ve seen the six ‘missing’ Lightweight Jaguar E-Types reappear, for starters; furthermore, JLR’s Reborn E-Types and Land Rovers aren’t strictly new but, by most metrics, they are fresh out the box. There’s also Aston’s Continuations series, which assembles stunning DB4s and DB5s and, of course, none of these nudges to nostalgia come cheap. Not even when they’re based on a blue-collar brand, like Ford.

That starting price for one of three new Ford Sierra Cosworth RS500s being produced by CNC Motorsport AWS is £185,000. If that seems a little spicey, there’s a bit more to them than first meets the eyes – enough, arguably, to justify any serious collector sticking one on the must-have list instead of another mint RS500 from the classifieds.

For a start, all three of them will be made with the blessing of Andy Rouse, and built to the specifications that his company, Andy Rouse Engineering, used for its works-run Group A RS500 touring cars back in period. That means using the original drawings to manufacturer any bespoke Rouse parts, such as the front suspension uprights, rear trailing arms, fuel tank enclosure and side-exiting exhaust.

On top of that, CNC Motorsport AWS is the only certified manufacturer of the original Rouse rolls cages. Moreover, each car comes with a 583hp (575bhp) Cosworth YB engine with input from Vic Drake – a man who, over the years, built more than 100 RS500 engines for Rouse Engineering.

The first car will even be built around an unused 909 Motorsport shell that’s been in storage since the 1980s. The other two will use original bodyshells made to the exacting standards set out by Rouse, and all three will be supplied with HTP papers for competition. Rouse, of course, was a Class A winner in the RS500, and throughout his years competing in the 70s, 80s and 90s, racked up 60 race wins and four British Saloon Car titles. The cars will be handed over in plain white livery, but you can commission your own should you wish.

Alan Strachan, the founder of CNC Motorsport AWS, which is based in Gloucester, says that: “The cars will be signed off by Andy, just as we did in period, with the provenance that can only come from the man who engineered and drove the cars to such success.” And when he says, ‘just as we did’ he speaks as another who worked for Rouse – in two stints between 1989 and 1996, preparing the Group A RS500s for competition. His company also prepares classic RS500s for historic racing, as well as other models including a Group A Rover SD1. So, if you’re going to go historic touring car racing and planning to do it with an RS500, it’s hard to think of many ways to better your chances than with one of these.

Lumo: Whats it like to travel on the new cut-price Edinburgh-London rail service? – The Scotsman