Three is DOWN: Network crashes across the UK, leaving users unable to make or receive calls

By Sam Tonkin For Mailonline

Mobile network Three is down this morning, with users across the UK complaining of being unable to make or receive calls.

According to Down Detector, the problems started at around 05:00 BST, prompting almost 1,500 complaints so far.

Three confirmed there was an issue shortly after 07:30 BST. 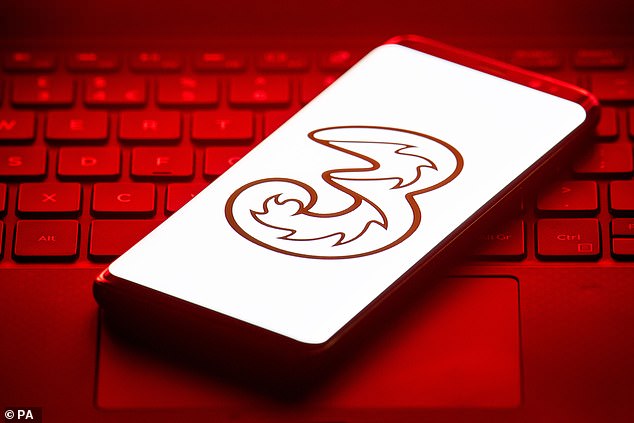 Mobile network Three is down this morning, with users across the UK complaining of being unable to make or receive calls

According to Down Detector, the problems started at around 05:00 BST, prompting almost 1,500 complaints so far (pictured)

Three confirmed there was an issue by tweeting out to its customers shortly after 07:30 BST

‘Please accept our apologies if you’ve been affected by this, our engineers are working hard to fix it. Check back here for updates.’

A Three spokesperson said the issues were affecting about 30 per cent of calls on the company’s network.

A number of Three customers have taken to Twitter to express their frustration over the technical difficulties.

One, named Lisa, tweeted: ‘Anyone having problems with @ThreeUK my whole family can’t make or receive calls. #Three #3 #outage’.

Another added: ‘@ThreeUKSupport I can’t phone out or people can’t phone me and it’s the same for the people who are on #Three network #help’.

Andrew Palmer wrote: ‘@ThreeUKSupport all of our phone [sic] on the Three network are not able to make or receive calls.

‘Cannot use live chat to support, cannot call three support from another network.’

And a Twitter user named Karl tweeted: ‘@ThreeUK is your network down nationwide as multiple people with Three can’t make, receive phone calls or text but can FaceTime, use internet and iMessage.’

Yesterday, Snapchat experienced an outage that lasted almost four hours and left users around the world unable to send or receive photos.

And just over a week ago all Facebook-owned apps crashed for almost seven hours during a massive worldwide crash.

Facebook, Instagram, WhatsApp and Facebook Messenger went down on October 4 after a faulty update disconnected Facebook’s servers from the internet and brought all of its services to a halt.

In response to last week’s blackout, Instagram announced on Tuesday that it was testing a new alert feature that will tell users when the app is down.

There have also been outages for Sky Broadband and Talk and Zoom over the past two months. 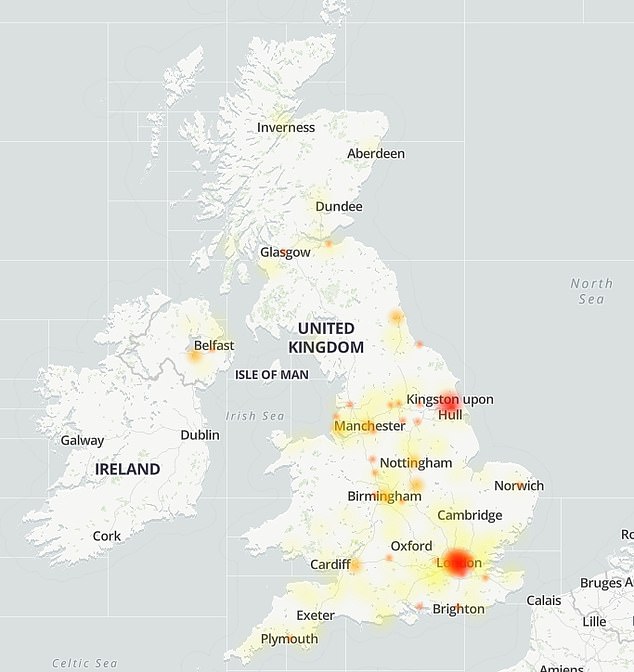 In September, Sky Broadband and Talk went down for two hours, leaving users across East and Central Scotland unable to access the internet.

And on August 23, Zoom suffered an hour-long outage that left users worldwide unable to access the video conferencing app.

Last month Three became the latest of the ‘big three’ UK telco network providers to bring back roaming fees when travelling abroad, in a fresh post-Brexit blow for consumers.

From May 23 next year, customers who have taken out a new contract or upgraded with Three from October 1 will pay a charge of £2 per day when roaming in the EU.

As well as this £2 fee for countries in the EU, countries outside the EU that were previously free to roam with Three will now incur a £5 daily fee (although the Republic of Ireland and Isle of Man will be exempt).

Three joins EE and Vodafone, who both announced the return of charges earlier this summer, while O2 has clung on with a fair use roaming limit.