China‘s Communist government is making an example out of property giant Evergrande to stop other apartment developers from continuing to overborrow.

Evergrande risks going into default if it fails to meet an interest bill extension by the end of October amid indications President Xi Jinping is reluctant to rescue the 25-year-old corporate behemoth.

It has debts of more than $400billion and last week convinced creditors it would pay them the $110million in annual interest payments they were owed, after missing key deadlines.

The whole saga threatens China’s economic model based on massive growth and the profitability of Australia’s biggest export, iron ore.

‘So if you do assume that they are trying to take this problem seriously, then it would suggest that we should be preparing for a lower rate of growth in the future, especially from property construction,’ he told the ABC’s China Tonight program.

Scroll down for video 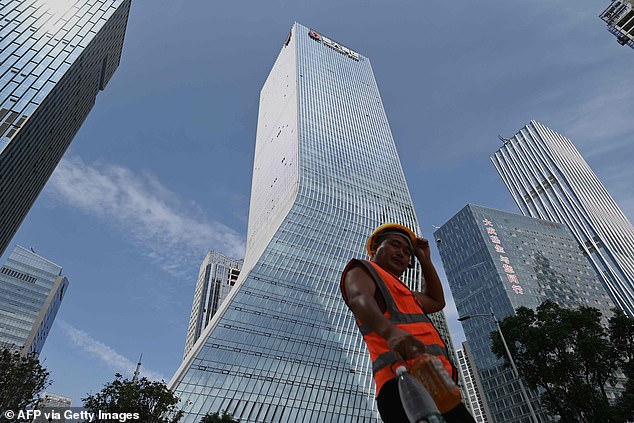 ‘In many ways, Evergrande is sort of a symptom of a broader problem in the property sector in terms of the imbalance between supply and fundamental demand.’

Evergrande now has 30 days to meet its bond interest payment obligations before it falls into default.

Reuters has also revealed the Shenzhen government is investigating a wealth management unit of Evergrande.

In a letter to investors seen by the news wire service, the Shenzhen Financial Regulatory Bureau said ‘relevant departments of the Shenzhen government have gathered public opinions about Evergrande Wealth and are launching a thorough investigation into related issues of the company’.

China has also reduced steel production in a bid to meet its goal of having net zero carbon emissions by 2060.

Since the end of July, the spot price of iron ore has halved from $US200 to last week briefly sink below $US100.

While the commodity used to make steel is back at $US115, the recent plunge is affecting Australians who have invested in mining shares, tied to the fortunes of the mineral dug up from Western Australia’s Pilbara region. 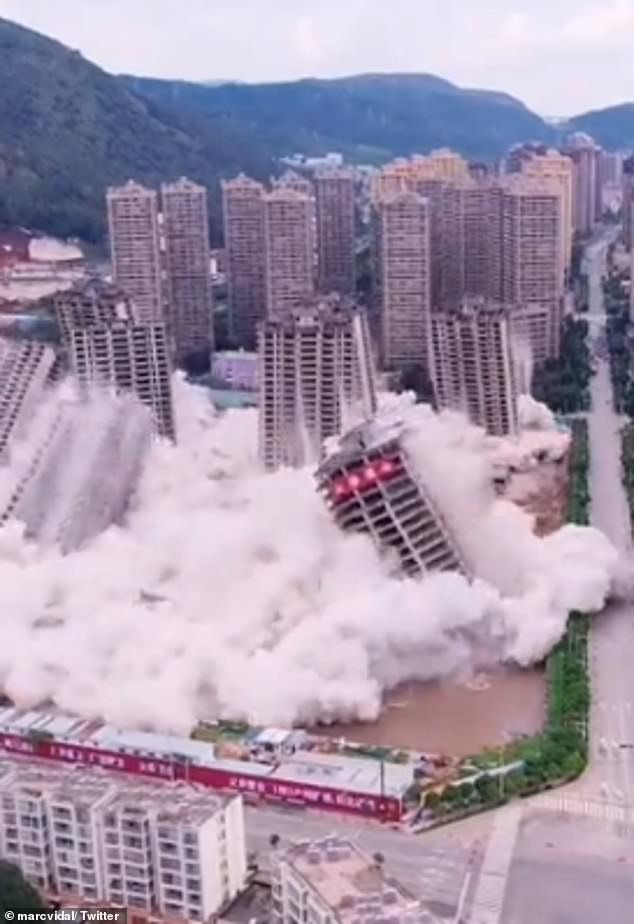 Last month, 14 unfinished apartment towers were demolished at Kunming in southern China’s Yunnan province. Work on the Sunshine II project had begun in 2011 and the towers had stood empty since 2013

Mr Wright said China’s crackdown on tech billionaires and the banning of online tutoring had sent a message that it would not tolerate the property sector constantly piling on debt.

In August 2020, China introduced a three red lines policy to address huge debt levels in the property sector, which came into force this year.

This gave the Chinese Government the power to place limits on their debt growth if developers had a high liability to asset ratio. 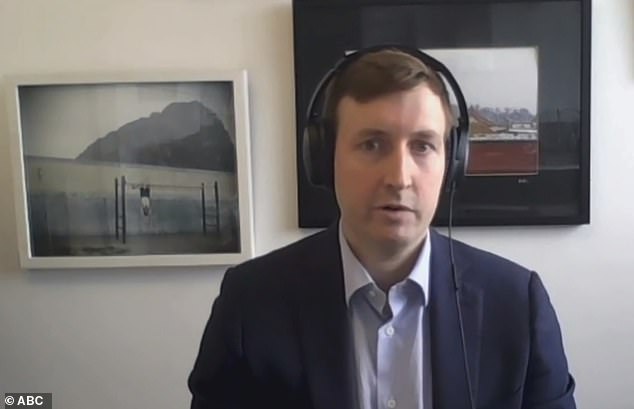 Work on the Sunshine II project had begun in 2011 and the towers had stood empty since 2013.

While they weren’t an Evergrande project, the simultaneous controlled explosions of 14 of the 15 towers highlighted the problem with China building too many apartments.

Factories have had to shut down to avoid exceeding Beijing’s energy use limits, following a rebound in manufacturing activity as economies across the world reopened from the Covid lockdowns.

This threatens the supplies of popular consumer goods made in China like the Apple iPhone, with China’s climate change policies affecting both Australia’s imports and exports.