It is quite an upgrade from the clingy gold tunic he wore on the deck of the USS Enterprise.

William Shatner has swapped his 60s Star Trek attire for some futuristic threads as he prepares to blast into space on a New Shepard rocket, operated by Jeff Bezos’s Blue Origin aerospace company, on Wednesday.

“Aren’t we all adorbs!” he exclaimed, sharing a picture of himself on Twitter in his flight suit, alongside his three crewmates. 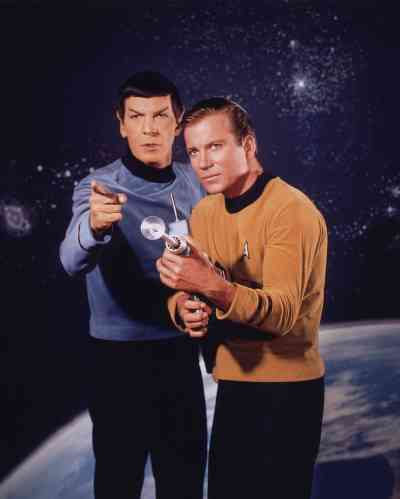 Shatner in his yellow jersey with Leonard Nimoy in Star Trek

He told CNN this morning that he felt confident about the flight with some “bubbling elements” of terror thrown in. “I feel comfortable — but I’m also uncomfortable,” he said.

The 90-year-old actor is due to lift off from Launch Site One, Blue Origin’s remote desert base in Texas,